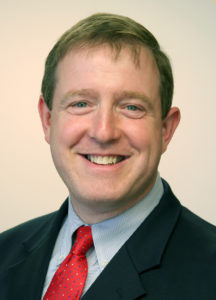 William (Bill) L. Oemichen is Research Fellow in both Food Systems Security at the University of Wisconsin-Madison College of Agricultural and Life Sciences and the University of Wisconsin Law School’s Institute for Legal Studies. Oemichen previously served in several senior level federal and state government positions, including as Director of the Office of Preparedness & Emergency Health Care at the Wisconsin Department of Health Services; as Trade & Consumer Protection Division Administrator at the Wisconsin Department of Agriculture, Trade & Consumer Protection; as Deputy Minnesota Agriculture Commissioner; and as a staff member for the U.S. House of Representatives, Minnesota State Senate, and Minnesota House of Representatives.

Oemichen also served in the private sector as President & CEO of Cooperative Network, the largest all-cooperative trade association representing member-owned cooperatives in Wisconsin and Minnesota and as an attorney practicing agricultural, cooperative and business law at large law firms in Minneapolis and St. Paul.

Oemichen currently serves on the Board of FCC Services, the education and insurance arm of the $330 billion American Farm Credit System headquartered in Denver, Colorado where he is the Audit Committee Chair; Slipstream Inc, an energy efficiency research nonprofit headquartered in Madison, Wisconsin where he serves as board chair; Group Health Cooperative of South Central Wisconsin where he serves as board treasurer; the Wisconsin Selective Service Board; Member of the Board of the $7.5 Billion AgCountry Farm Credit; Chair of the Board of Trustees for the $5.5 Billion Wisconsin College Savings Program, and Vice President of the Board of the New Glarus Public School District.