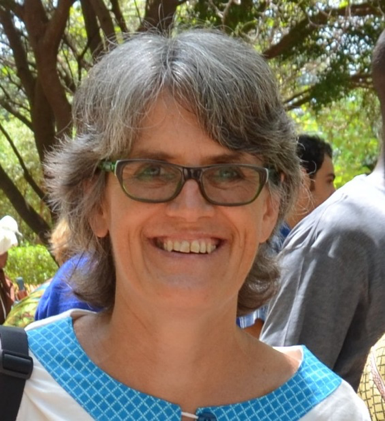 Eva Weltzien -Rattunde’s research career over the past 34 year has been devoted to the improvement of dryland cereals in tropical and subtropical regions. From 1998 to January 2016, she has served as Principal Scientist for Sorghum Breeding and Genetic Resources at ICRISAT in Mali, after working for 10 years at the ICRISAT headquarter in India. Her research focused on the effective use of sorghum, pearl millet genetic resources for variety development and seed systems that best meet women and men farmers’ needs in dryland production areas, such as the Syrian Steppe, the Thar desert of Rajasthan, India, and sub-Sahelian zones of West Africa. For the past 17 years she has coordinated research on sorghum improvement in West-Africa for ICRISAT with a focus on developing methodologies for participatory plant breeding to address farmers’ production constraints and meet family needs for food and other products derived from cereals. Her research on enhancing local seed systems has resulted in an active network of farmer seed producer cooperatives in several West-African countries. In 2015 she was awarded the ‘Justus von Liebig Prize for World Nutrition’, jointly with her husband Fred Rattunde, for these efforts.

As a member of the Scientific and Technical Advisory Committee of CORAF/WECARD, the West and Central African Council for Agricultural Research and Development (2009-2014) she contributes to enhancing regional research capacities in West Africa, reviewing processes of priority setting including gender, evaluating proposals and projects, as well as designing pathways for targeted changes with a very wide range of donors, agricultural research and development agencies and programs.

She received her Doctorate degree from the Technical University of Munich, Germany in collaboration with ICARDA in Aleppo/Syria, after studies at the University of Hohenheim, Germany, and Iowa State University, USA.